Once upon a time, there lived a Lotus princess. She was born from the inside the lotus flower, you see, so she was absolutely perfect. She was nice, she was beautiful, she was kind and she was absolutely beloved by all her subjects – fairies, and gnomes, and ponies and all the adorable magical creatures dwelling in the country. The only one who was skeptical was a classical unicorn, living in her garden – you know, a snow-white one, with a body of a goat and a tail of a hound. That was because he was several hundred years old, which explains his rather nasty character. So he was eating roses in the garden and being sarcastic, and the little princess always dropped him a curtsey as she saw him. She was also always thinking whether the unicorn’s beard would fall down if she pulled it – but she was a really polite girl and never tried to.

Her fairy godmother gave the Lotus princess a gift – one hour a day she will be wise, and one hour a day she will be silly. So every day from 11 to 12 o’clock everyone could come to the princess’s palace and get really good advice. And then the clock would strike and the visitors would go away and the doors would close and the princess would start being really silly. Like, chewing plastic stoppers, licking cold metal on a balcony and taking selfies.

All the other time the Lotus princess was not too wise and was not too silly – which made her life perfectly balanced – and so her life went on and on happily.

Till one day the princess looked in her mirror and saw that she was no more a girl, but a young woman. And, as it happened at her wise hour,  the Lotus princess understood,  that,  unlike naiads,  and dryads,  and fairies,  she can age,  and,  therefore, one day she will die,  and,  therefore her pretty little kingdom will need another princess to take care of it. So she started asking all the gnomes, and ponies, and mermen, where she came from. «Oh, princess!” said they. “You came from a Lotus flower in the lake!»

“Yes, I know,” said the princess. “But what should you do to make the flower bloom and to produce a princess like me?” And to that, no one could answer. She tried asking the unicorn – but he turned away and pretended to be deaf, so everyone again could see him being haughty.

So she went out of her palace and started wandering through her country, asking her people that question – with no effect. She kept trotting through roads, and cities, and villages giving her subjects reasons to respect her at her wise hours and reasons to love her at her silly ones – until one day she met a young guy on a meadow.

He was a descendant of gods and fairies – in a distant way when you are no more able to make magic and fight monsters but are still very handsome and charismatic enough to talk your way to the heart of any village girl. And, as it happened to be at her wise hour, the princess immediately understood that she likes him, and that, if they are to spend more time together, they would have a lot of trouble because of the difference in characters, but a lot of fun too.

The guy greeted the princess and the princess greeted him. And, of course, he immediately fell in love with her, because – remember? – the Lotus princess was absolutely fucking perfect. And he asked her, where she is going, and she told him that she wants to know the secret of the lake. And also, she added, if you manage to find it, you can come to the palace and be my king.

“You can still come,” answered the princess, “and we can hang around and have some fun, but then you will be no king because you won’t be my equal.”

And, while he was walking away, the silly hour stroke, and the princess fell in love with him. Blame the godmothers!

And, of course, as every princess in her silly hour does, she told herself that she has a lot of really important things to do,  so she’d better stop wandering around and come back to her palace,  and,  maybe, make a really big window in her throne room to have a really good view of the road. Just in case. And so she did, after all, she was a true royal, and to a true royal “said” is “done”.

As for the guy, he got off through hills and fields, looking for the answer. Not that he suddenly dropped philandering – descendants of the fauns find it really hard to do – but he honestly told every pretty dairymaid that his heart belongs to the princess – and, as pretty dairymaids often had their own pretty husbands waiting for them at home and enough other pets to keep,  so it went on to everyone’s pleasure.

The pine-trees became really tall and spiky, the wind became really cold, the land really unpleasant – and then he came to a dark, dark lake in the middle of the woods. And the water in the lake was like a black mirror, and over it, a single cold star shone. And the very moment he stood there in awe came the mountain trolls and captured him.

And they brought him to the troll princess – big, green, brown, made of rocks and covered with dark-green moss from top to toe.

“What were you doing near our sacred lake?”  asked the troll princess. “It seems we should kill you!”

The guy,  of course,  was scared – he was absolutely no match for even a single troll – but he had seen a lot of angry women and was clever enough not to get himself killed through foolish flattery,  so he made a bow and answered her with respect.

“Oh, your majesty, I was sent by my princess to find out the secret of the lotus and the lake. I made a great journey, and it seems, here I might find an answer. Your country has a sacred lake, as mine does, and you rule your people as my princess does. In that we are alike, so, oh lady of rocks and caverns, might it be so that the secret of the royal pond might be the same? Are you as perfect as my lady is? For she was born from a sacred lake, and she sent me to find an answer, how a perfect leader can be born.”

And the troll princess looked at him and said, “You should find the truest heart in your country and rip it from the chest of its owner and throw it into the lake. Then on a dawn a perfect princess will be born.”

“But how do you find the truest heart?” asked he with his limbs growing cold.

The troll princess looked sternly at him.

“We, trolls, know that the troll princess is the only perfect creature existing. So I live my years, and when the time comes the priest will cut my heart out and throw it into the lake.  Then another troll princess will be born – as it always was and as it always will be.”

And he bowed to her words, trembling.

The trolls let him go – he was no use to them, a pale and feeble creature. And he went down the slopes to the land of men, but the knowledge changed his vision. He had to tell his princess the answer, as he promised, but he didn’t want to. Of course, he would gladly give his heart to the princess, literally, if she asked, but he knew, alas, that his own poor heart was not perfect at all, it would be no use for the ritual.

So seeing any man or women on his path, he immediately started wondering – is your heart true? Is it perfect? Can your heart be thrown into the sacred lake instead of my beloved one’s? And the more he looked into someone’s heart, the more beauty he saw, the more he wanted to find imperfection, to spare in his soul this single person. And the more imperfection he found, the more he got scared – should the princess be killed if he finds no perfect heart to match hers? And he started watching people even more closely – and, of course, he found more beauty. And so the circle went on again.

All these thoughts made him pale and gloomy – though, of course, he started noticing people of that country much better — and not only those with tits and freckles, as before.

As for the Lotus princess, she kept minding her business – that is, the kingdom’s business, of course – taming the dragons, soothing the fairies, taxing the gnomes for being too enthusiastic about codpieces and so on. Of course, she had her silly hour to daydream about her beloved (or to curse him for being lost hell knows where, or to pity herself for such a crush, or to be jealous and miserable) – but an hour is just an hour, and there are 24 of them around the clock.

It was a dark and stormy night when the guy finally came to the palace. The rain was raining, the wind was wailing and the electricity went out, and all the palace clocks stopped.

It took him some time and some courage to come in, and to name himself.

And he came in, and stood there, soaking wet, pale and torn apart by the secret he had to tell and didn’t want to tell. But, of course, he made a promise. So he told her all he learned.

“Forget it,” said the princess. “Let’s get married and have a daughter.”

“And what about the truest heart, and magical perfection, and the lotus, and the sacred lake?”

“Fuck it,” said the princess.

And so they did.

The clocks were not working so they never knew,  was it a wise hour or a silly one.

They got a daughter with tits and freckles, and then some more kids – absolutely not perfect, but quite fine. The kingdom stopped being magical and became an ordinary one – but the gnomes were too good at trading and fairies were too good at fashions for anyone to worry. The unicorn disappeared – the princess never forgot him playing deaf and not answering the question.

But the mountains still stand, and every time the landslide rumbles, and the mountain trembles, the people of the kingdom say, “Shhh! The troll princess is being born again!” 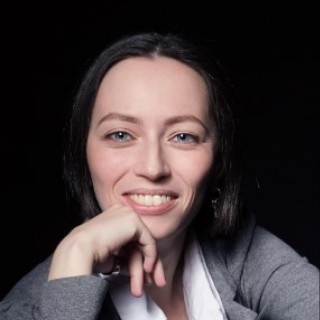